Free Comic Book Day was founded in 2002 by ComicsPRO member, and former board member, Joe Field, owner of Flying Colors Comics & Other Cool Stuff in Concord, CA, who saw the success of Baskin Robbins’ free ice cream day, and saw it as a great opportunity to bring in new customers and to delight established fans.

Free Comic Book Day is comic shop Christmas! This day sees people pouring into their local comic shops in droves for a selection of approximately 50 free comic book offerings. Most stores take advantage of this day, promoting their store with sales, signings, costumed characters, and more, to turn the day into a worldwide party celebrating comic shops. Several stores use it as an opportunity to run food drives, or other pursue other charitable causes, by offering more free comics with donations.

Over 2200 stores participated in the 18th annual Free Comic Book Day, purchasing more than 5 million comics to give away to their customers.

Joe Field conducted a series of surveys on the ComicsPRO Members Facebook group with clear result that it was a big boost for business for the majority of retailers.

What was the approximate number of visitors to your shop this year?

How many FCBD titles do you give to each person visiting your shop?

Retailers were also asked how they felt about the number of FCBD books being offered.

When asked how many FCBD titles they would like to see offered each year:

Here are some of the ways ComicsPRO retailers celebrated FCBD this year:

Free Comic Book Day shattered attendance records at all 3 Downtown Comics locations for 2019. Despite the rain, over 2000 people came out in force to check out all the new comics and to help raise money for the Peyton Manning Children's Hospital. With the help of the Circle City Ghostbusters and the CosAwesome Cosplay group we managed to raise over $1200 and give away almost 20,000 comics to the Indianapolis community. 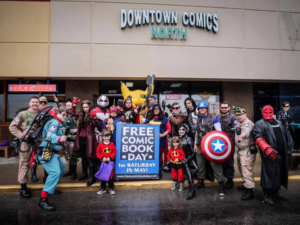 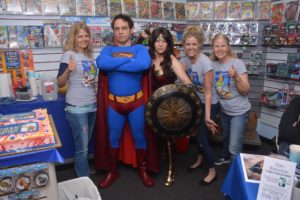 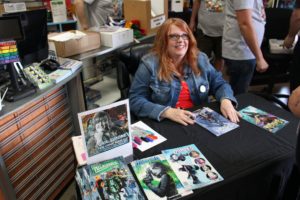 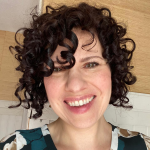